How PETA Sold Out to the Pet Industry

The well-intentioned animal activist is born through his ability to identify with suffering animals; he recognizes himself in them. His efforts to change their condition, although sincere, are also an indirect attempt to put an end to his own suffering. (1) But, as he loses himself in action, as he forges friendships with other militants, as he obtains certain results in terms of sympathy capital, as he climbs the ranks of power, his self-love increases to the detriment of his cause.
To better understand the phenomenon, let’s take a close look at the journey of People for the Ethical Treatment of Animals (PETA), the most in-vogue “animalitary” group in the world, with 2 million members and 30 million dollars in donations each year.
PETA was founded in 1980 by Ingrid Newkirk and her associate Alex Pacheco. Originally, this organization was pure, hard-core abolitionist, radically opposing any and all forms of animal exploitation, without exception. As the following citations show, they would have been the first to denounce the exploitation of animals as pets, without compromise:

Let us allow the dog to disappear from our brick and concrete jungles – from our firesides, from the leather nooses and chains by which we enslave it. (3)

The bottom line is that people don't have the right to manipulate or to breed dogs and cats ... If people want toys they should buy inanimate objects. If they want companionship they should seek it with their own kind. (4)

All forms of exploitation and abuse are wrong. (5)

From the beginning, PETA focused on high-profile interventions. Its leaders especially targeted research laboratories in which vivisection was practiced. With the help of the Animal Liberation Front (ALF), which it fully endorsed at the time, PETA succeeded in infiltrating a number of research centers operating in atrocious conditions and then in forcing them to temporarily close. These results won them considerable media coverage, which translated to a substantial increase in new supporters and, of course, donations.
Little by little, as they gained visibility and power, the heads of PETA relied more and more on their member support. Although in the beginning PETA refused to negotiate on their principles, as they gained notoriety, their dependence on members required making compromises. When they realized that their most faithful supporters were dog and cat owners, Pacheco and Newkirk stopped recognizing pet ownership as exploitation and abuse. To save their image, they also cut ties with ALF. Thanks to these political adjustments, they managed to attract many new fans.
Ingrid Newkirk, the highly visible CEO of this multinational non-profit, has since tirelessly traveled the globe, staging sensational demonstrations and campaigns but without any genuine, worthwhile results. No one in the media would organize a debate on the unfortunate animal condition without inviting Newkirk, who plays her role marvelously. Well-articulated like any committed militant, she has an answer to every question, and her opinion is always sought out by the right-thinking currents of society. She has acquired enormous notoriety and sympathy capital. This represents a spectacular turnaround, further rewarded by juicy corporate donations and a heap of marginal benefits that cannot be measured solely in monetary terms.
One thing has led to another, and PETA has adopted reformism, or small-steps politics. Their objective has become sitting down with authorities to find solutions that will relieve animals of some misery within the framework of continued exploitation. For example, following long negotiations, PETA succeeded in obtaining a promise from the poultry industry – yes, a “promise” – that the perimeter of battery cages would be increased…by two inches! Or was it two centimeters? It doesn’t really matter!
In this way, PETA mutated from its original abolitionist stance into a movement for the defense of animal welfare. Behind a more muscular rhetoric, they share the objectives of welfarists: to improve the animal condition within the status quo. So when you hear the words “animal liberation” or “abolition,” you should understand “slight improvement of the animal condition”; “putting an end to suffering” means “reducing suffering,” which is vague terminology with no substance, and which could be taken to mean anything; and “animal rights” has come to mean “animal welfare.” (6)
What is less recognized, however, is the fact that PETA has meanwhile become the most ultra-sophisticated promoter possible of the pet industry. Its alibi: the very loud and self-righteous war on the more obvious forms of animal abuse like bullfighting, seal hunting and so on. Go to their website, if you are curious, and you will find a host of accessories for pet lovers: t-shirts, instructional manuals, food, cups, buttons, jewelry. These products serve one sole purpose: to touch the hearts of members and thus attract donations. Never mind that in doing so, PETA is promoting the consumption of pets. They have even stooped so low as to sell advertising space to PETCO, one of the biggest pet stores in the world. By a strange twist of fate, Ingrid Newkirk becomes a notorious dog lover: “I don’t have the luxury of having a dog myself because I travel too much, but I love walking and cuddling somebody else’s dog.”
Caught up in their own game, such predatory groups have four major concerns: keeping the secret of their real activities, hiding their multiple collusions with the corporate world that exploits animals on a large scale, finding ways to draw money from their sympathizers, and controlling the information given to journalists to better manipulate public opinion. In order to accomplish all this, says investigative journalist Olivier Vermont, author of the book The Hidden Face of Greenpeace:

[…] these organizations must conserve their façade of efficiency at any price. They do so by orienting their activities towards the sensational and short-term, in order to bluff not only their own militants, but also those who support them financially. Operating mostly in secret, they can go so far as to fool the public regarding the actual results of their campaigns by awarding themselves fictitious crowns of laurel. (7)

Thus, creating an illusion of rigor and demonstrating a certain panache, even insolence, is a primary tactic used to convince the public that an organization’s function is authentic and legitimate. But for all their show, these groups fail to question some of the sacrosanct dogmas that underlie the battles they fight. To sum up their philosophy: We have to be outraged enough to be credible; after all, people aren’t total idiots. We have to give them their money’s worth, but without bringing up the underlying causes of the problem that even we do not want to look at!
As a general rule, because our attention is naturally drawn to the obvious, the true issues escape the radar. This renders them far more persuasive than if they were explicitly stated. Herein lies the most demoniacal aspect of this logic: when we react strictly downhill to consequences without bothering to go uphill and question the legitimacy of their root causes, the founding credo, we only condone and reinforce the source of the problem. (8)
Consider the message behind this slogan, whose aim is to promote “responsible” pet ownership: “Adopting an animal is for life!” On the surface, it caters to the desire to make society kinder towards animals. However, by silently buying into the fallacies of zootherapy*, it does more to nullify the wanted effect of saving animals and to amplify the dreaded effect of consumerism, with all its inseparable atrocities.
This is how people who aim to protect animals end up instead smilingly contributing to the heinousness of the industry. Their involvement within the accepted confines of the present system only gives strength to its basic building blocks. Thus, paradoxically, those who defend animals PETA-style only worsen the problem they are trying to solve precisely because they do so with the exact same frame of mind that created the problem in the first place. This explains, in a nutshell, why the animal condition has deteriorated over the past 300 years and why it will continue to do so.

There are a thousand hacking at the branches of evil to one who is striking at the root,” says Henry David Thoreau in Walden, “and it may be that he who bestows the largest amount of time and money on the needy is doing the most by his mode of life to produce that misery which he strives in vain to relieve.

* Zootherapy is a term “that can refer to institutionalized therapy sessions led by health professionals or another such intermediary as well as simply having an animal at home. The word ‘zootherapy’ is thus a generic term designating the positive impact of animals on people,” (9) and to give you the full story, I will add the impact of people on animals, since it is generally agreed that this form of affection is as good for them as it is for us.

** Cognitive dissonance: When confronted with a truth that goes against our beliefs, the result is psychological discomfort arising from the contradiction. There are three ways to resolve it: 1) We can change our perception of things to accommodate the new information received; 2) We can change the opinion of the person who shared the contradictory information, so that he agrees with us; 3) We can simply reject the information by attributing it to beliefs, experiences, frustrations, or another personal motive of the other.) 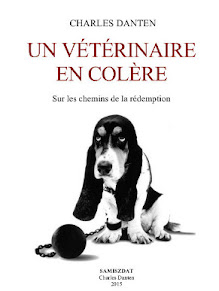 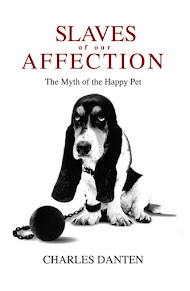 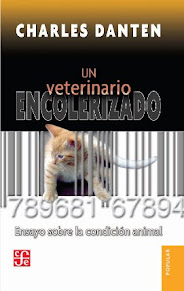